Two members of PAIR, Prof David Owen and Dr Ben Saunders, recently took part in Pint of Science, an international event involving researchers engaging with the public in the relaxed environment of a local pub. The View Bar is one of six Southampton venues participating this year, with the focus being Our Society. David and Ben spoke on Monday night, on the theme of citizenship and democracy.

David’s talk examined the changing boundaries of citizenship. It was once assumed that everyone would be a citizen of one and only one state where they would reside, yet this picture of exclusive citizenship has come under strain with greater international mobility. Whereas in 1960 less than a third of the world’s state recognised dual nationality, this has risen to around 70%. Further, many people no longer reside in the state(s) of which they are citizens.

These changes raise important questions about who should be included when it comes to voting in elections and referenda. More and more states are granting voting rights to expatriate citizens abroad and/or to resident foreigners. How these boundaries are drawn has obvious important for the democratic legitimacy of the decisions that get made. For instance, an interesting consequence of the way the UK electorate is drawn is that resident Commonwealth citizens were entitled to vote in last year’s Brexit referendum, though non-UK/Ireland EU citizens were not entitled to vote, though clearly affected by the decision.

Ben’s talk concerned whether citizens have a duty to vote. Turnout in UK General Elections has actually risen in each election since 2001 (with turnout in the Brexit referendum higher still), but is still below the levels commonly seen in the mid-20th century. For many political scientists, the interesting question is not why many citizens do not vote, but why so many do, given that the expected benefit of their participation is small. It seems that many people believe in a duty to vote, which would offer one explanation for their doing so. However, it is not clear what might ground this duty. 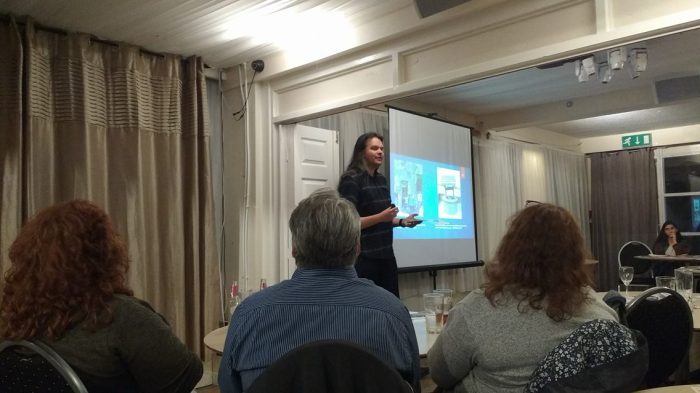 Both talks were followed by lively discussions from the floor, with pint glass prizes for the best questions. The audience also had the chance to participate in several activities, including designing their own micro-state, playing Totalitarian Top Trumps, and taking part in a pub quiz based on the UK citizenship test.