Skip to content
HomeConstitutional Wrangling after the Independence Referendum

(Cross-posted at The Conversation. This post first appeared with minor errors, which have been corrected. – Ed.)

The vote, in the end, was decisive, with the Better Together campaign winning with 55% of ballots cast. As a Glaswegian living in Southampton, I’ve watched from afar, saddened not to be in my home nation at this crucial juncture, while amazed at the remarkable political awakening that has taken place these last months. As the politicians have said repeatedly, the No outcome doesn’t mean a return to business as usual, and there are some key things we can take away from all this in terms of constitutional politics in the UK. 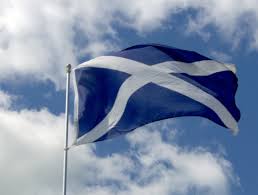 First, although the result was decisive, it was not an overwhelming majority. Consider that when this process began, the average support for Scottish independence typically ran at around 30-35% or thereabouts. The Yes campaign succeeded in drawing a significant number of people to their cause, and that is a massive achievement in such a short space of time, given the magnitude of the issue. In particular, the Yes campaign won the vote in Glasgow, North Lanarkshire, West Dunbartonshire and Dundee City, the first two of which in particular are Labour Party heartlands that have borne the brunt of deindustrialization. Scottish Labour strategists looking ahead to the 2015 UK general election will already be wondering about the work they will have to do to maintain these strongholds, and whether those Labour voters who voted Yes will now be more willing to consider opting for the SNP next year. This is important, given how hard it is for any party to gain a Westminster majority.

Second, the Prime Minister has already committed to begin the process of devolving more power to Holyrood, and to exploring the structure of governance throughout the rest of the country, and has said that devolution across the UK will follow the same quick timetable, with a white paper due early next year. That will be a massive undertaking. If it happens, it will demonstrate the remarkable flexibility of the UK constitution, and its pragmatic malleability in the light of popular pressure for change. However, the unanswered question at the heart of UK constitutional politics is the English Question, and it has remained unanswered ever since devolution was rolled out in 1999 and the then Labour government’s plans for English regional devolution failed. The Conservative Party’s McKay Commission has interesting solutions to this question, but it’s far from clear that David Cameron will be able to convince his party to pursue change, because so much depends on the details of those changes, none of which have thus far been spelled out.

Third, this was an astonishing exercise in democratic participation. Turnout stands at a staggering 85%, and it’s clear that people have been engaged in this process who have not been involved in politics for a very long time, if ever. At a time when politicians are maligned, and traditional forms of political participation are in decline, what this referendum result shows is that people take part when they believe that the process will end in a meaningful outcome for their lives, and they are in control of that outcome. It remains to be seen whether the public will stay engaged throughout the months of political negotiation that lie ahead, now that the decision is back in the hands of the ‘political elite’. Crucially, the participation of 16-17 year olds in this referendum may now fuel demands for their inclusion in elections at other levels.

The months ahead will feature much constitutional wrangling and bargaining. Decisions about our constitutional future now lie, once more, in the hands of the professional political class. Those on both sides of the independence referendum debate must now wait to find out how their collective voices will be interpreted