By R.A.W. Rhodes, Professor of Government at the University of Southampton and Griffith University (Personal website, Academia.edu, Google Scholar). You can read more posts by R.A.W. Rhodes here. 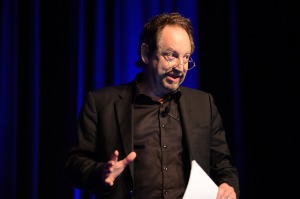 The lecture reflected on trends in governance in the face of challenges that include fragmentation and complexity. We have witnessed a shift from the new public management (NPM) to the new public (or network) governance (NPG). This shift challenged our ideas about the role of the state; often summarised as a shift from rowing to steering. With the shift came an arsenal of specific public service reforms associated with performance measurement, marketization, and choice in service delivery. Reform succeeded reform with no time for the intended changes to take place, no evaluation, so no clear evidence of either success of failure. Rather, we are left with the dilemmas created by the overlapping residues of past reforms. Yet the reforms keep on coming.

This lecture offered a stock take of the reform journey and sought to answer the question of how do we reinvent bureaucracy for network governance. I suggested we need to recover the craft of public administration. The classical Weberian bureaucrat working in a hierarchy of authority and conserving the positive state tradition remains a central figure but now there are many more skills to master. Some skills are relatively new; for example, entrepreneurial leadership. Others have an archaic ring, but old virtues have acquired a new salience; for example, diplomacy, and prudence or practical wisdom. I conclude we need to sift through detritus of past reform to identify what worked and to ‘reinvent’ the bureaucracy we needlessly cast aside for the fashion of the day.